The trade war between China and the US has dragged on with no end in sight since the first major duties were imposed July 26th, 2018.

Political rhetoric has been exchanged on a regular basis from both sides, and markets around the world have been roiled.

From the farms of rural China to the factories of urban centers throughout Asia, Europe and North and South America, business owners throughout the world remain uncertain about the what the next retaliatory move will be.

Even the faintest hint of trade war escalation is enough to send global stock prices tumbling, and the ongoing ramifications of an extended trade war are almost too great to contemplate.

So just what is going on here, and what can businesses do to position themselves in an increasingly uncertain future?

As with all wars, there will be winners and losers in any trade war. While some businesses will suffer greatly as a result of new  and seemingly ever changing tariffs and more difficult trade policy, other firms stand to benefit.

E-Commerce to the Rescue

Strangely enough, the e-commerce sector could end up being one of the biggest winners in the looming trade war.

Even as offline industries struggle under the weight of new tariffs and import restrictions, many global e-commerce providers have actually seen an increase in their business and a boost to their profits.

There are a number of reasons why global e-commerce could end up being the solution to the fears of a global trade war.

At the very least, the rise in global e-commerce could mitigate the impact of all those new tariffs, allowing companies that are nimble and mobile to benefit from these shifting sands and an ever-changing political and economic environment.

One of the reasons e-commerce stands to benefit even as other businesses are suffering under a trade war is the nature of these businesses.

Unlike their brick-and-mortar counterparts, e-commerce providers are often far more mobile, able to shift their operations to take advantage of lower tariffs and governmental incentives.

In addition, e-commerce companies are actually favored in many parts of the world, including many countries currently targeted by increased tariffs and other restrictions.

China is well-known for favoring its e-commerce sector, and growing internet sales has long been a focus of the Chinese government.

Even as the United States targets Chinese imports with high tariffs and trade restrictions, the e-commerce sector there could continue to thrive.

There will naturally be some headwinds along the way, but companies that do the bulk of their selling online could find themselves far less impacted by the trade war than their offline counterparts.

Compared to their brick-and-mortar counterparts, e-commerce providers often have another important advantage.

While starting a new business in many parts of the world is a complicated, difficult and expensive process, getting a new website off the ground can be far easier especially with the advances in logistics and fulfillment for e-commerce sellers.

In many parts of the world, including the countries targeted in the latest trade war, the regulatory burden for e-commerce companies is often far lighter.

This results in lower startup costs, a lower cost of doing business and a built-in advantage compared to other types of companies.

You may also like: The Top Warehouse Management Problems and How to Fix Them

A Worldwide Customer Base

One of the problems with an ongoing trade war is the changing nature of the marketplace.

Whether the pundits and politicians like it or not, the world is a global marketplace, one that is more interconnected and interdependent than ever before.

The global nature of the marketplace means that buyers can come from anywhere, and that is good news for savvy e-commerce companies, even in the midst of the ongoing trade war.

Customers in the United States and elsewhere are now so used to purchasing products online that they may not even be aware of where those goods come from.

In fact, the growing confidence of online customers could provide a significant advantage for e-commerce providers, even those who find themselves the target of higher tariffs and ramped up political rhetoric.

Keeping your goods in multiple countries has even become an effective strategy to avoid tariffs and deliver products to your customers faster - it's easier than you think to take advantage of this multi-warehousing strategy developed especially for e-commerce vendors.

Since this post was first published the Trade War has progressed, in December 2019 a deal was struck between China and the Trump Administration to be rolled out in early 2020. This was good news for both sides but there was an emerging crisis, not yet identified, at the time the deal was agreed upon...

The epicenter of a new novel virus began to be murmured about first around the 8th of December, 2019. It wasn't until January 7th, 2020 that the new disease was announced and given a name. What should have been a new path for China as a trade deal was to finally be implemented was side swiped by a virus.

Quarantines of entire cities and tens of millions of people have been affected including flight shut downs. Banning of travel and more. The impact is beginning to be felt in global shipping and is likely to affect many products whose supply chains have exposure to China.

Commentators have been speculating on how the virus may stall China maintaining it's side of the deal.   This is a rapidly developing story and we will continue to update the impacts here.

According to the below podcast, this is a black swan event.

To be sure, there is no perfect solution to the problem of global trade.

Every new trade policy, no matter how well-intentioned or what problems it intends to solve, creates its own set of issues and unintended consequences.

From China and the United States, from Brazil to Canada, there will always be winners and losers in the world of global trade.

Given the uncertainties and inherent unfairness of buying and selling around the world, all the best-affected companies can do is keep their eyes open, make their firms and nimble as possible and try to stay one step ahead of the pundits, politicians and trade experts.

In the end, smart e-commerce operators can always find ways to come out on top, and that remains good news for buyers and sellers around the world.

If you had an automated process for turning complex and cost prohibitive shipping into push button simple profit centers, you could be fearless with the global markets you could serve. Instead of fearful.

By partnering with the global ecommerce shipping pros turn around dying market opportunities, you could have steady sales instead of good months and bad months when the world is your market.

This is What COVID-19 Means for the Future of eCommerce

Clone of Tips On How To Deal With Ecommerce Supplier Errors

Tips On How To Deal With Ecommerce Supplier Errors 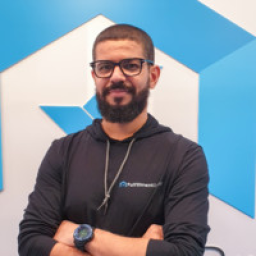