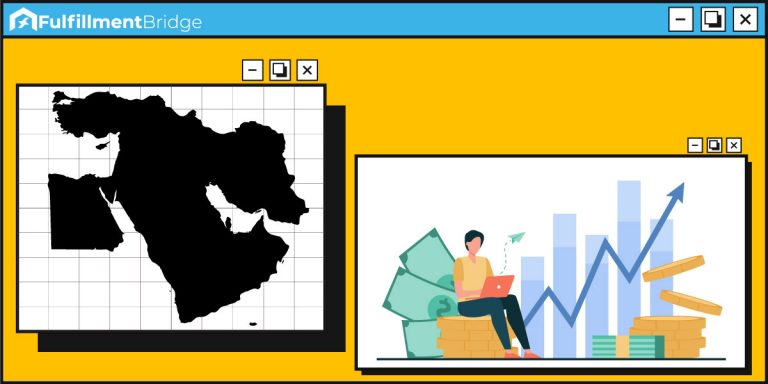 How to Solve Major Chall

Everything You Need to K

Warehouses in Dubai: All

An Overview of Logistic

Today, the Middle East is predicted to grow to $48 billion in eCommerce sales by 2022. The region presents a huge untapped opportunity for e-commerce retailers.

Businesses that have yet to ride the digital transformation wave are now finding themselves hastening to make an online stand in order not to miss out on ultimate business endeavors.

Key Drivers Of The Ecommerce Landscape In The Middle East

Several key trends are accelerating the growth of the Middle East eCommerce. These trends include the following:

Digital Transformation And The Adoption Of Digital Technologies

This high level of internet penetration, especially via mobile usage, showcases the significant value of eCommerce access in the region. This is pretty evident considering the ease of getting information, money transfer via electronic means, and luxury of consumption at the user’s fingertips.

Moreover, one can not simply turn a blind eye to the digital banking and payments infrastructure. Whether online or offline, online banking has witnessed a high penetration rate in the Middle East, which was translated later into a great uptake to customers in the region: 60% of banking clients in KSA use online and mobile apps (2018), while over 85% of personal loans for a central bank in the UAE are opened digitally (2019). 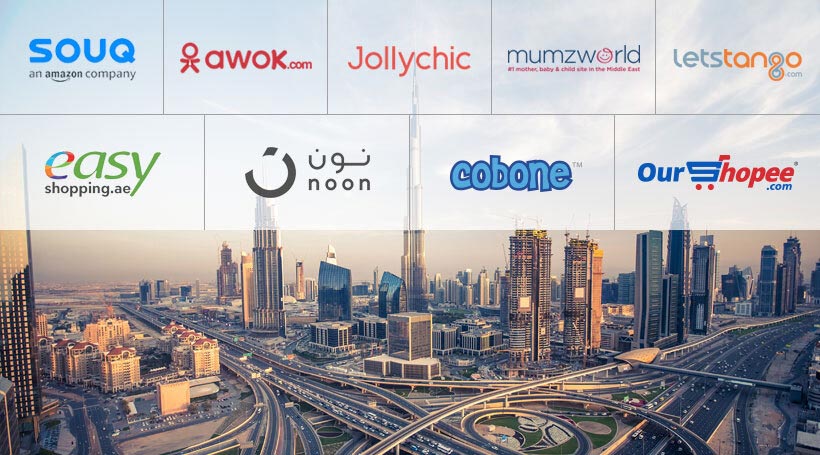 The middle east eCommerce landscape has also been witnessing an increasing transformation thanks to the ongoing investments and global partnerships that are taking place.

With the existence of different growing marketplaces like Souq, Namshi.com, Noon, and more, the competition between them doesn’t go unnoticed. Likewise, they are continuously working on improving their payment systems, logistics services, product selection, and overall strategies.

Nevertheless, future financing of the marketplaces will only help them better position themselves in this increasingly competitive environment and benefit from the services they offer.

And with high consumer expectations, it becomes a top priority for businesses to look for the best services in town. This pressure only drives logistics providers to actively look for ways to improve their services and meet their client’s needs.

At a national level, growing marketplaces have been putting considerable investments in ensuring a simple yet effective logistics process. While internationally, there is growing attention, especially from third-party logistics who are looking to assist foreign businesses around the world ship and deliver their products from their countries to this growing eCommerce hub.

Book a FREE consultancy with our Experts TODAY!

What You Need To Know About The Middle East Average Consumers.

According to Hootsuite digital report in 2019 on the average spend by consumers in the Middle East, the data shows that buyers are spending notable sums of money on e-commerce shopping with greater room to spend more even in the future.

In fact, a recent regional study of ten markets in the AME, including the United Arab Emirates and Saudi Arabia, reported that up to 40% of respondents are more actively shopping online than before the pandemic break. Also, 48% in the UAE and 69% in Saudi Arabia responded positively when asked if they will continue their current shopping behavior in the future.

Speed, convenience, product variety, and price choices are the main reasons why consumers in the Middle east are becoming increasingly motivated to purchase and shop online.

Moreover, across the different markets, electronics, fashion, personal care, and beauty are among the most successful products, with electronics being the most purchased eCommerce section in terms of sales, followed by beauty and personal care.

There is increased demand for international products from foreigners who are living in the middle east, mainly in the UAE. This demand has created an active ecosystem amongst leading eCommerce platforms and logistic services providers to promote cross-border e-commerce and to encourage international business outside of the region to take advantage of it.

Payment wise, consumers are more likely to choose cash-on-delivery as a payment meant method. However, they are becoming more and more open to new and alternative ways of payments. Digital payments are becoming more popular, especially among the millennial generation. Nevertheless, governments are also playing an important role in supporting online payments by initiating projects like Dubai’s Smart City, which has seen the movement of key government services to digitize their online payments.

Check out this article: Challenges and Opportunities in MEA

The eCommerce Middle East Potential : Opportunity Beyond The Hype

It is clear that the Middle East represents a great opportunity for many global eCommerce businesses seeking to expand and penetrate new markets. According to AMEinfo, “E-commerce sector records sharp increase in sales” 2020 report the Middle East e-commerce market was predicted to reach $48.6 billion by 2022.

Moreover, this growth is yet to increase with this ongoing pandemic.  According to the Global Consumer Insights Survey COVID-19 Pulse – Middle East findings of PwC’s annual Global Consumer Insights Survey (GCIS) reveals the Middle East urban consumers have increased their usage of online shopping channels, particularly smartphones, and increased online or on-phone purchase of groceries.

The reports also show that “shopping via smartphones will continue to rise after lockdown ends, with 92% of those consumers who increased their shopping via smartphone reporting that they were “very likely” (63%) or “likely” (29%) to continue with this purchase method once social-distancing measures are removed”.

All these transformations in the middle east eCommerce landscape brought about also a number of benefits to the region, like offering a flexible means to interact with clients, attract and retain consumer spending, and improve market disruption caused by the pandemic.

It also encourages not only entrepreneurship and innovation but also localization of e-commerce businesses by decreasing the expenses of starting and running a business in a “cash-strapped environment.”

Read this article: The Future Of eCommerce Supply Chain In The Middle-East

In a Nutshell: The Time is Now.

The future of the Middle east eCommerce East looks promising. Consumers are constantly seeking access to a wide range of online product choices and new shopping experiences. More importantly, payments and logistics—have come a long way, in spite of other prevailing challenges.

Today the success and continuous growth of the middle east eCommerce is just a starting point to a significant regional transformation in shopping practices. And with the increased competition both at the national and global level, businesses need to effectively strategize and improve their online presence.  Today it’s all about leveling up one’s digital game.

Make Shipping Easy on Yourself with the Help of Fulfillment Bridge


Schedule a free demo in minutes.